The official salary dump in Miami has begun. Earlier today, the Red Sox acquired Marlins’ pitcher, Josh Beckett and third baseman, Mike Lowell. As far as getting the most they could get in return,

the Marlins didn’t do too bad— Hanley Ramirez is the top shortstop prospect in all of baseball and should step in immediately as a starter on the left side of the Marlins’ infield. He is basically coming straight from Double-A, so it will probably be a couple of years before he is ready to make a real impact, but when he does expect Edgar Renteria-like production. Anibal Sanchez, was Ramirez’s teammate last year at Portland and was the Red Sox number two pitching prospect. He is a righthanded power-arm who will be given a shot at breaking into the Marlins’ starting rotation this spring. The third player the Marlins will reportedly receive is righthander, Jesus Delgado who pitched for Boston’s A-Ball team in Greenville last season. He projects as a middle reliever. His best pitch is a mid-90 mph sinking fastball. In addition, Florida saved themselves about $23 million if you consider that the Red Sox will pick up most of the $18 million left on Lowell’s contract and have to pay Beckett about another $5 million after arbitration. The Red Sox did pretty good for themselves also considering they are without an official general manager. Beckett will be a solid if not spectacular number two pitcher behind ace, Curt Schilling and they were able to hang onto their number one pitching prospect, lefthander Jon Lester. Lowell won his first Gold Glove last season and will hope to rebound from his worst offensive season. The trade officially ends any chance that Bill Mueller will return to the Bosox. 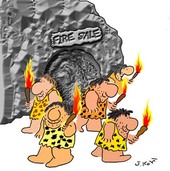 With shortstop Alex Gonzalez, outfielder Juan Encarnacion and pitchers A.J. Burnett and Todd Jones already gone via free agency, here is a list of other players the Marlins plan to purge themselves of this offseason:

I guess you can say the Marlins have given up on their chances of ever getting a new stadium.

Kenji Johjima will be the Mariners’ starting catcher come springtime after the Mariners officially inked him to a three-year deal worth approximately $17 million. With top catching prospect Jeff Clement in their system the Mariners were reluctant to guarantee a third year, but in the end that’s exactly what they did. Kenji will be the first Japanese catcher in Major League history.